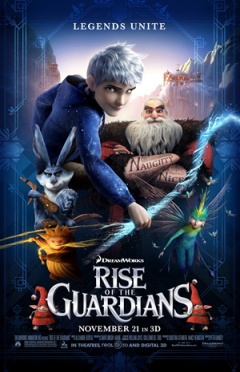 Dreamworks Animation’s “Rise of the Guardians” opens with a somewhat disappointing 4th place at the weekend box office. The film drew in $32 million over the Thanksgiving break. That’s understandable since it had to do battle with the latest Twilight flick, James Bond flick, and the Oscar buzz-generating, “Lincoln.” With a $145 million budget, I feel that the film can still become a hit, especially due to overseas markets. But, we’ll just have to wait and see. For all of you who have seen it, how did you like the film? 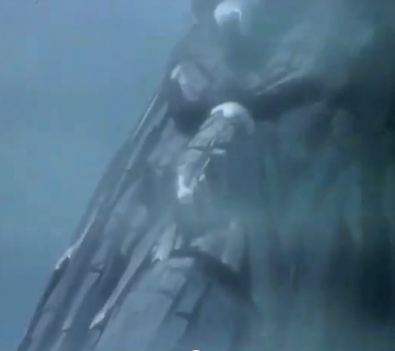 Released in 1942, this is the first of 6 consecutive animated Disney films that will be known as his “package films”. Package films, or anthology films, are movies that are just a bunch of shorts, unrelated mostly, put together to make a movie. Arguably, “Fantasia” and its sequel can be considered package films as well as the “Winnie the Pooh” films, but generally the term is used to refer to these 6 films during the ’40s. There were a number of reasons why Walt had to make these package films instead of a usual story-driven coherent film. Some include that these were inexpensive to make and hopefully would cause the studio to regain their money from previous flops; these films were made during WWII and many of his animation studio were drafted; and that the American government wanted Walt and other animation companies to focus on making nationalistic cartoons rather than waste time and money on films. Whatever the main reason, let’s talk about our first package film, “Saludos Amigos.” END_OF_DOCUMENT_TOKEN_TO_BE_REPLACED 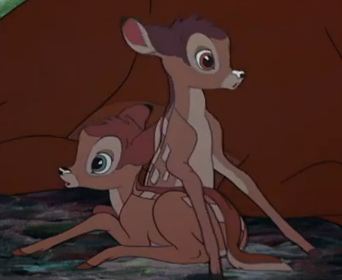 We arrive at Walt Disney’s 5th animated classic, “Bambi”! Released in 1942, it originally didn’t fare well in the box office due to the fact that it was released during WWII. But, the film has gone on to become a financial success due to many re-releases. It also received mixed critical reviews when it came out; but now is considered a classic and has even been selected by the National Film Registry to be preserved in its collection of films deemed “culturally, historically, or aesthetically significant”.

The story is well-known. It’s a sort of coming-of-age story of a deer named Bambi from his birth into adulthood. The film was Disney’s foray into a more realistic animation approach and taught valuable life lessons and emotions along the way. Now, I have to say that this film is one of the most memorable of the Disney classics in terms of its characters. I honestly couldn’t find any character who was forgotten/minor in this film. Everybody knows Bambi, his mother, Faline, her mother, Thumper and Family, Flower and Family, Friend Owl, Bambi’s father, Bambi’s rival, Man, and even the background animals! So far, this has been the hardest decision for me to make in this project, so I had to go with the last characters to be introduced in this film: Bambi and Faline’s twins! END_OF_DOCUMENT_TOKEN_TO_BE_REPLACED

Journeying along in my project, we arrive at our 4th Disney feature, “Dumbo”!  Released in 1941, the film was a cheap (inexpensive, rather) way for the Disney Studios to regain its losses from “Pinocchio” and “Fantasia”. And the film was the highest grossing Disney film of the ’40s, despite the infamous animators’ strike occurring during its production.

Everybody knows the story of the big-eared baby elephant who learns to fly. The movie comes with great, memorable characters such as Timothy Q. Mouse, Mrs. Jumbo, The Ringmaster, the Crows, etc. It also has great, memorable songs such as the famous, “Baby Mine” and “When I See an Elephant Fly”! However, my favorite song in this film is probably the least remembered song in the film as well as the song featuring our forgotten characters for today: The Roustabouts! END_OF_DOCUMENT_TOKEN_TO_BE_REPLACED 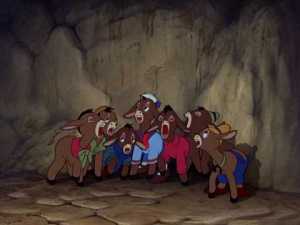 Today’s entry in my forgotten Disney canon characters project is an extremely sad, depressing, and somewhat gut-wrenching one. We journey now to Disney’s 1940 film, “Pinocchio.” The story is quite known: an old toymaker makes a wish to a star that his wooden model will become a real boy. A fairy makes his wish come true and the model, Pinocchio, comes to life and a cricket is assigned to be his conscience. This is wise as Pinocchio falls prey to many con artists along the way including Foulfellow, Gideon, Stromboli, and the Coachman! END_OF_DOCUMENT_TOKEN_TO_BE_REPLACED