Let me just get it out there: I’m not a fan of Don Bluth and his films! None of his films ever captivated me like how a Disney film would and I consider some of his films to be quite bores. With that in mind, you can already get an idea of how I found his film, “Thumbelina” to be. Well, let’s dive in!

What’s the story? Based on the Hans Christian Andersen tale, the film is about a girl who grows from a plant and is about the size of one’s thumb. She dreams of meeting other people her size, falls in love with a fairy prince in 5 minutes, gets kidnapped, and tries to find her way back home (well, not really). On this journey she meets many characters including an “An American Tail” French bird rip-off with an extremely annoying song, a Spanish frog singing group, a pointless beetle voiced by Gilbert Gottfried, Carol Channing as a mouse (need I say more), and a blind marriage-minded mole. Oh boy, where to begin? Let’s look at the characters one at a time.

First, we have Thumbelina voiced by Jodi Benson. I honestly hate this character! She’s so inconsistent in her desires and wants and her ways of dealing with the various positions she’s put in. In another scene, after she’s rescued, she decides to go home; but changes her mind after thinking,  “Where could her mom possibly be?”! Where else would her mom be besides at home?! There was no indication given to Thumbelina that her mom had vacated the premises or anything like that, so the most logical thing for her to do would be to go home. Maybe she could hop onto the back of Jacquimo, the singing French swallow, and together they could fly back to her house? 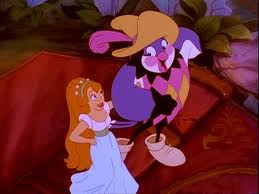 The fairy prince and the fairies themselves are quite bland and forgettable! 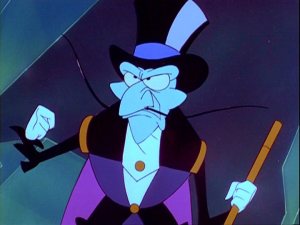 Now we have those two minor “antagonistic” roles voiced by Charo and Carol Channing! What else can I say?

So do I hate everybody in this movie? Well no! The one character that I quite like is the Mole! Voiced by John Hurt, the Mole is a character seeking companionship in a wife and prefers darkness over light! I honestly don’t see him as antagonistic at all, but that’s just me!

What about the songs? With Barry Manilow as the composer, I admit that they can be catchy. But they’re so bland! The “Follow Your Heart” song gets soooo annoying especially after Jacquimo keeps singing it! I’m not a fan of any of the songs that Jodi Benson sings in this movie! The beetle song was pointless! The “Marry the Mole” song deservedly won the Razzie for “Worst Original Song”. The only song I admit to liking is the “On the Road” song sung by Charo and the Spanish frogs! That is my guilty pleasure!

And the animation? One thing I have to give credit to Don Bluth for is that he and his team are AMAZING animators! But we all have to agree that this film showcases some lesser quality work than normal! But, otherwise I really have no problems with it! 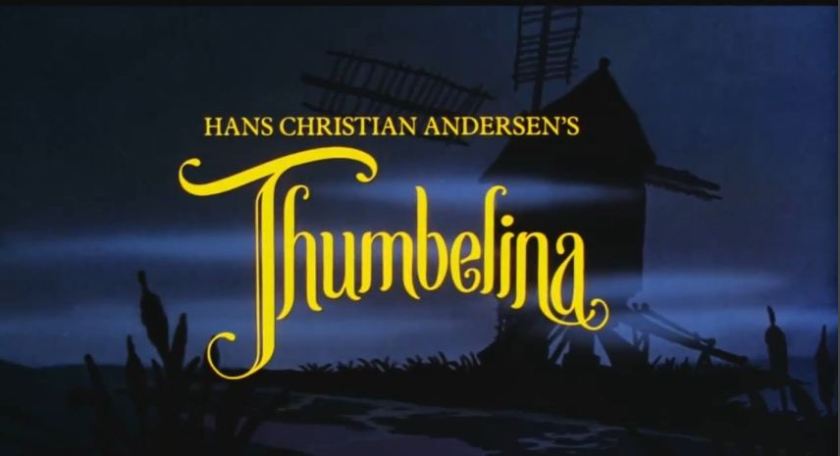 Now, time for the ranking! This time I compared it with other animated films involving fairies: