Well, I plan to start my 4th season of my Who Wants to Be a Millionaire-Animation Edition games next January 2018, so keep your eyes open for those videos as they come out. Below, you will find the roster of the contestants coming on to try their hand at the million! Five of them are familiar faces, whilst five are newcomers. (The contestants are listed below alphabetically by last name, not by the order of their appearance of the game show.)

Hope you enjoy this new season!

Once again, it’s time to take a look at what next year has to offer us in terms of theatrical animation! Many of us felt that 2017 wasn’t a great year for animation (at least, not for mainstream animation), so we’re hoping that 2018 can make up for it!

Check out my list below of the upcoming theatrical animated films set for release next year! Bear in mind that these are only the animated films with verified US/Canada release dates and that any and all dates are subject to change at any time. Enjoy!

END_OF_DOCUMENT_TOKEN_TO_BE_REPLACED

The actress, Heather North, has sadly passed away at the age of 71! Mrs. North (1945-2017) passed away on November 30, 2017, although her death wasn’t announced until December 19, 2017. While she has made live-action appearances such as in the 1971 Disney film, The Barefoot Executive, Mrs. North was best known as the voice of Daphne Blake for over 30 years in the Scooby-Doo franchise!

Jeepers, she shall be missed indeed!

Great news: A season 4 of my Who Wants to Be a Millionaire-Animation Edition videos is set to debut starting next January! Be on the lookout for the upcoming episodes!

You all have seen me host a game show before, but how am I at being a contestant on a game show? Check out my appearance on The Dis Quiz, a new online Disney-based game show, below!

The teaser trailer for Sony Pictures Animation’s upcoming film, Spider-Man: Into the Spider-Verse, has debuted.

Can I just say that I LOVE the animation style of this film! It looks super stylized and unlike anything that Sony Pictures Animation has ever done before! This could be their magnum opus!

The film features the voice talents of Shameik Moore, Liev Schreiber, Mahershala Ali, and Brian Tyree Henry and is being directed by Bob Persichetti and Peter Ramsey. The film is set to swing into theaters on December 14, 2018. What do you think of the trailer? Are you looking forward to the film? 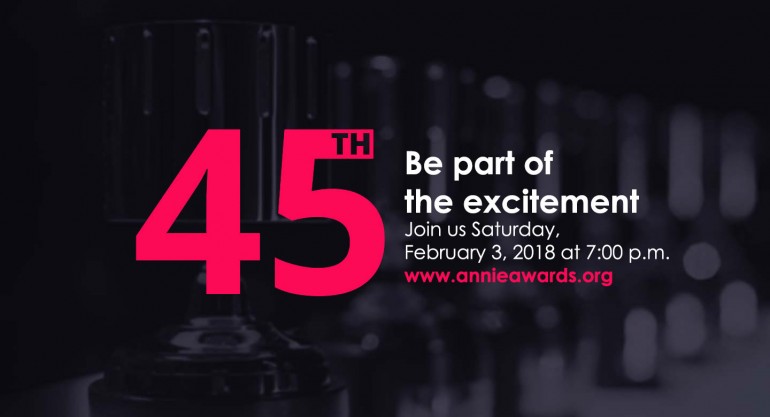 The nominees for the upcoming 45th Annie Awards ceremony have been announced and you can see the full list of nominees by clicking here. Pixar’s Coco is in the lead with 13 nominations! A few of the interesting categories are as follows:

What do you all think of the nominees? I’m really surprised that The LEGO Batman Movie didn’t get a nomination for Best Animated Feature whilst The Boss Baby did! Also, was Zach Galifianakis’ voicework as the Joker really THAT good to warrant a Best Voice Acting nomination? Glad to see The Breadwinner, The Big Bad Fox & Other Tales, and Dear Basketball getting love though!