Once again, it’s time to take a look at what next year has to offer us in terms of theatrical animation! Many of us felt that 2017 wasn’t a great year for animation (at least, not for mainstream animation), so we’re hoping that 2018 can make up for it!

Check out my list below of the upcoming theatrical animated films set for release next year! Bear in mind that these are only the animated films with verified US/Canada release dates and that any and all dates are subject to change at any time. Enjoy!

Technically a 2017 film, this anime film will debut in US cinemas next year! This first film from Studio Ponoc (a Japanese animation studio founded by former Studio Ghibli animators) is about a young girl named Mary who finds a mysterious flower that has the power to transform her into a witch, but for one night only. W/the voices of Ruby Barnhill, Kate Winslet, Jim Broadbent, etc.

This is an incredibly interesting film for Muslims especially as it tells the story of one of the famous companions of the Prophet Muhammad, a former slave named Bilal. It would be interesting to see exactly how Islamically accurate the film turns out to be! W/the voices of Adewale Akinnuoye-Agbaje, Ian McShane, Thomas Ian Nicholas, etc.

A family is turned into monsters by a witch’s curse when they’re out on a fun night to reconnect as a family. Yeah, I never heard of this movie before either. W/the voices of Emily Watson, Jason Isaacs, Nick Frost, Jessica Brown Findlay, Celia Imrie, etc.

Did you know that gnomes and Troggs have been at war for centuries? No? Do you know what Troggs are? No? Would you believe that Chloe has to choose between fighting the Troggs or having an ideal high school life? I don’t know who she is either. Yeah….W/the voices of Becky G, Josh Peck, Olivia Holt, George Lopez, etc.

After Fantastic Mr. Fox, many people wanted Wes Anderson to direct another stop-motion animated film. Isle of Dogs is the answer to their wishes! The film takes place in a futuristic Japan wherein all dogs are quarantined on an island due to “canine flu” and one boy heads there to search for his dog. W/the voices of  Bryan Cranston, Edward Norton, Bill Murray, Frances McDormand, Tilda Swinton, F. Murray Abraham, Jeff Goldblum, Yoko Ono, etc.

So, there are TWO animated films about gnomes being released in the same month? This one is the sequel to the sleeper hit, Gnomeo & Juliet, wherein the two lovers enlist the help of detective, Sherlock Gnomes, to investigate the disappearance of the other garden gnomes. W/the voices of James McAvoy, Emily Blunt, Johnny Depp, Chiwetel Ejiofor, Michael Caine, Maggie Smith, Mary J. Blige, etc.

Based on a true story, this film tells the story of Sergeant Stubby, a stray Boston terrier who became a WWI hero. W/the voices of Logan Lerman, Helena Bonham Carter, Gérard Depardieu, etc.

As the title implies, this film is about a gander who befriends two ducklings and journeys south with them. W/the voices of Jim Gaffigan, Zendaya, Carl Reiner, Greg Proops, Stephen Fry, Craig Ferguson, Jennifer Grey, etc.

Pixar’s film for the year is the long-awaited (to many, not me) sequel to their 2004 hit, The Incredibles (although they’ve dropped the “The”). Not much is known about the plot other than it will continue right where the first film left off and that Elastigirl will have a more prominent role in it. W/the voices of Holly Hunter, Craig T. Nelson, Sarah Vowell, Huck Milner, Samuel L. Jackson, Bob Odenkirk, Catherine Keener, John Ratzenberger, etc.

I guess this franchise is making money for Sony Animation since we’re getting a THIRD installment of it! In this film, Dracula and the gang go on a luxury cruise where Dracula falls in love with the captain who is secretly the descendant of Abraham Van Helsing, Dracula’s archenemy. W/the voices of Adam Sandler, Andy Samberg, Selena Gomez, David Spade, Steve Buscemi, Molly Shannon, Keegan-Michael Key, Kevin James, Fran Drescher, Mel Brooks, etc.

One of the more surprising of these 2018 animated films is a theatrical adaptation of the Teen Titans Go! TV series. Nothing is known about the plot yet. W/the voices of Scott Menville, Hynden Walch, Khary Payton, Tara Strong, Greg Cipes, Kristen Bell, Will Arnett, etc.

Warner Animation Group’s film for the year gives us a twist to the Yeti story. What’s the twist? Well, a Yeti tries to convince other Yetis of the existence of “Smallfoots”, i.e. humans. W/the voices of Channing Tatum, Zendaya, James Corden, Gina Rodriguez, Danny DeVito, Common, LeBron James (what the…???), etc.

Originally intended for a 2017 release, Illumination Entertainment film for the year tells us the story of how the Grinch stole Christmas. Pretty self-explanatory! Let’s hope it’s better than The Lorax! W/the voices of Benedict Cumberbatch, etc. 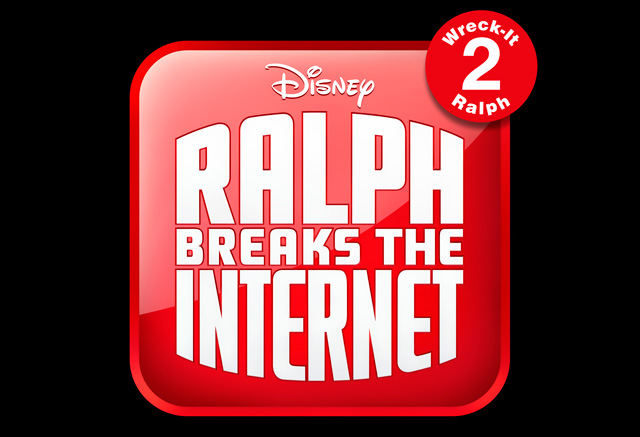 We finally get to the Walt Disney Animation Studios film for the year (and the one with the worst title, probably) that is a sequel to the 2012 film, Wreck-It Ralph. In this film, Ralph traverses the Internet via a Wi-Fi router and has adventures which include meeting the Disney Princesses. W/the voices of John C. Reilly, Sarah Silverman, Jack McBrayer, Jane Lynch, Taraji P. Henson, James Corden, etc.

But my top 3 most anticipated animated films of 2018 are Dr. Seuss’ How the Grinch Stole Christmas, Mary and the Witch’s Flower, and Incredibles 2! What are yours?