I want to apologize for being a bit late with this post. It took me a while to obtain a copy of this film; because unlike the others, this was one I hadn’t seen in a long time and I needed to re-watch in order to determine its forgotten/minor characters. With that said, let’s waste no further time and dive right in! 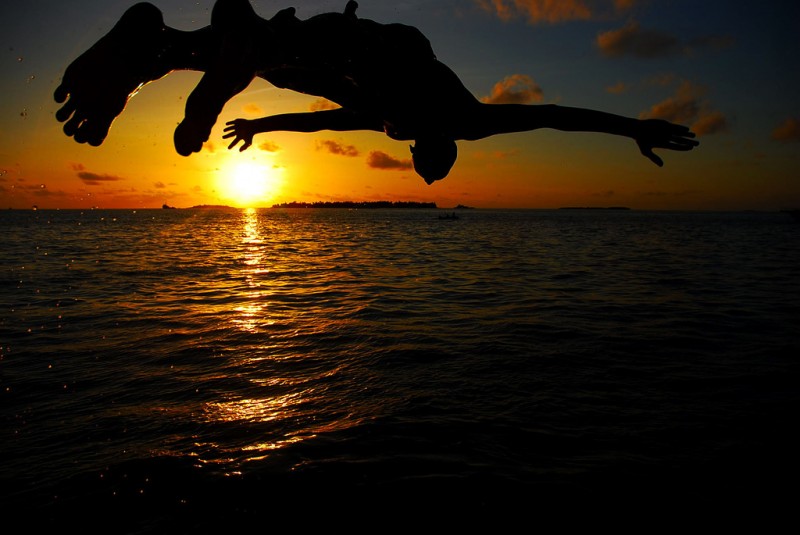 After the 6 package films and the end of WWII, Walt Disney decided to return to feature animation. Now because of losses made by the earlier movies and the war; Walt had to make a movie that would be a hit. If this movie flopped, Walt Disney Studios would have most likely gone bankrupt and been shut down! So based on the fact that Walt Disney Studios is still around today, you can guess that his 12th animated film was indeed a massive hit! We are of course talking about the 1950 masterpiece, “Cinderella”!

Disney has a sort of implied policy, that whenever they’re looking to make a great movie after a series of flops, they return to the “princess formula” that was proven to work by “Snow White and the Seven Dwarfs”. And “Cinderella” is indeed a princess film. But, despite being known for its princess films, only about 1/5 of the Disney movies in the canon are princess films! That’s quite ironic! I guess they’re just too good that they deserve special recognition.

The story of “Cinderella” is one that I really don’t think I have to explain: Cinderella’s widowed father remarries . His new wife is Lady Tremaine and she has two girls named Anastasia and Drizella.

After the father dies, the stepmother and the stepsisters make known their wicked ways and force Cinderella to do all the work in the house. Cinderella is strong though and bears no ill-feeling towards her stepmother and stepsisters; rather she still respects them. But she doesn’t stop dreaming of a better life. 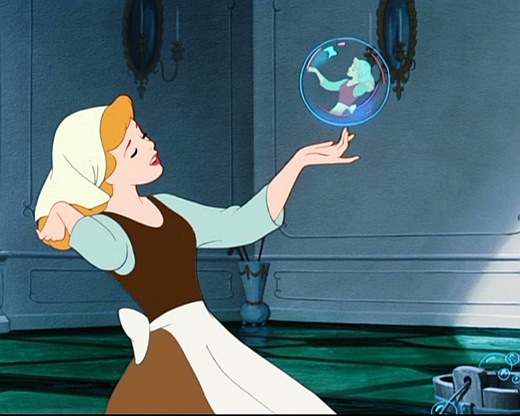 That’s when the King announces a royal ball so that his son can find a spouse. Cinderella goes by the aid of a Fairy Godmother; there’s a glass slipper business; and she and the Prince get married and live happily ever after!

And all those characters that I mentioned are quite memorable. The forgotten characters appear after Cinderella gets to the palace with an ex-pumpkin carriage, four ex-mice horses, an ex-horse coachman, and an ex-dog footman! Wow, all that’s missing are some ex-children donkeys!

As Cinderella enters the palace, we get to see the inside of the palace along with the attentive palace guards that appear in the background. As she enters, we get a close-up of the guards eyeing Cinderella in somewhat of a shocked state.

This look of surprise is quickly changed to a look of disgust and contempt. 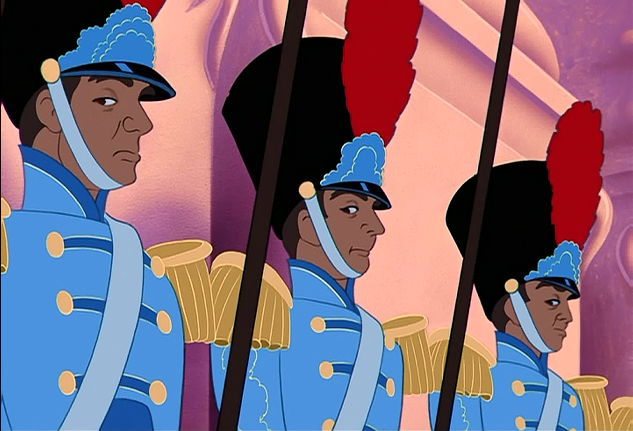 This alone showcases the beauty and superiority of Disney animation. The only things that are animated differently between the two pictures are the eyes. But that affects the tone and emotion of the characters so subtly and importantly.

But getting back to the guards’ reactions, the question that comes to my mind is, “Why are they so shocked/suspicious?” I mean it was expected for every fair maiden to attend this ball; and being palace guards, they can’t be expected to recognize every woman. Is it the fact that she arrived late? Is it the fact that she arrived alone? It just seems odd that they find her odd. Oh well, at least only their eyes stare and their heads remain fixated, unlike these “guards”.

But my favorite scene involving the guards is when Cinderella is fleeing the castle. The Grand Duke quickly commands the guards to ride after her and stop her (which I find weird, seeing as she has done no crime worthy of pursuit or being sought after).

Those horses and their riders are frighteningly awesome! They’re just drawn amazingly and in a fearful way! They’re so dedicated to their task and they are as serious as can be. Just imagine if Cinderella had done something illegal, like stole something from the castle or assassinate the Prince! I don’t even want to think how these guys would react!

With that said, I believe the palace guards definitely deserve mention as they appear quite often, albeit quite briefly. Their job is important and like all security officers and lawmen, they should be recognized for the outstanding work that they do! And that’s why they are being recognized by me as the forgotten/minor characters of this movie!