Wow, this one is just as shocking as when Paul Walker died (well, maybe slightly less so)!

Actor Philip Seymour Hoffman has passed away at the age of 46 due to an apparent drug overdose! Philip Seymour Hoffman (1967-2014) was known for his roles in films such as “Twister”, “The Big Lebowski”, “Patch Adams”, “Capote”, “Mission: Impossible III”, “Charlie Wilson’s War”, “Doubt”, “Moneyball”, “The Master”, and “The Hunger Games: Catching Fire”.

In terms of animation-related work, Philip Seymour Hoffman provided the voice of Max in the film, “Mary and Max”,

as well as the voice of William Toffman in an episode of the long-running series, “Arthur”. 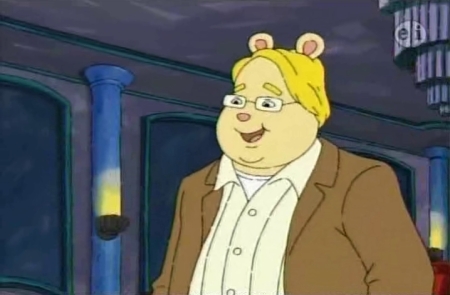