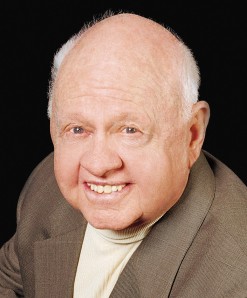 Actor Mickey Rooney has died at the age of 93! Mickey Rooney (1920-2014) was an actor known best for his lengthy career in the entertainment industry (he’s been active in the industry from the ’20s all the way to the 2010’s) as well for his 8 marriages.

Some of his movies include “It’s a Mad, Mad, Mad, Mad World”, “Requiem for a Heavyweight”, “Breakfast at Tiffany’s”, “Pete’s Dragon”, “The Magic of Lassie”, “The Black Stallion”, “Babe: Pig in the City”, “Night at the Museum”, and even a cameo appearance in “The Muppets”.

He also was no stranger to animation voicing Santa Claus in multiple Rankin/Bass productions including “Santa Claus Is Comin’ To Town” and “The Year Without a Santa Claus”,

the Scarecrow in “Journey Back to Oz”,

Tod in “The Fox and the Hound”,

and Sparky in “Lady and the Tramp II: Scamp’s Adventure” among other voice roles.

He shall by greatly missed!