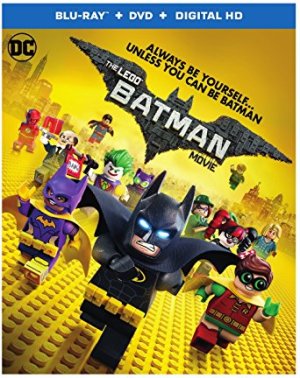 In 2014, The Lego Movie was released to theaters. Most of us scoffed at the idea that they were making a movie about LEGOs, but the movie proved us wrong by having a thought-provoking story, memorable characters, impeccable animation, and just being one of the best animated films of the decade (according to most people)!

The breakout character from the movie though was Lego Batman, voiced by Will Arnett. Lego Batman was somewhat of an exaggerated parody of the Batman character that fit in well with the LEGO universe. Due to his popularity, it was soon decided that Lego Batman would get his own spinoff film. And three years later, we’ve got The Lego Batman Movie! Is it as good as The Lego Movie? Or is it another example of a side character being given his/her own movie which turns out to be incredibly bad? Read on to find out! (Also, there might be spoilers ahead, so you’ve been warned!)

Directed by Chris McKay, the focus of the movie is on the character of Lego Batman and his struggle with relationships. Since his parents’ death, Lego Batman is afraid to lose anyone who means a lot to him ever again, so he just doesn’t let anyone into his life. He treats his butler/foster father, Alfred Pennyworth (voiced by Ralph Fiennes) as nothing more than a manservant. He doesn’t want to join forces with the new police commissioner, Barbara Gordon (voiced by Rosario Dawson). He doesn’t want to take care of the orphan, Robin (voice by Michael Cera), whom he unintentionally adopts (don’t ask). And he doesn’t even deem his biggest antagonist, the Joker, (voiced by Zach Galifianakis), as nothing more than a regular baddie.

The Joker is hurt that Lego Batman doesn’t see their relationship as the biggest antagonistic relationship in his life, so the Joker does something unexpected: he surrenders. And he captures the rest of Gotham City’s villains and turns them in too. Now with the Joker in custody, Lego Batman has to discover what the Joker’s secret plan is while learning to be a better father, friend, son, and coworker.

That’s basically the gist of the film and I honestly think it’s a decent spinoff! While not better than The Lego Movie, it captures the essence of the The Lego Movie: interesting story, memorable characters, and impeccable Lego-style animation! And if you’re a Batman nerd, this movie is FILLED with references! You got references to the Christopher Nolan films, the Zack Snyder film, the Tim Burton films, the Joel Schumacher films, multiple animated series, the Adam West version, etc. You got superhero cameos such as Superman, Wonder Woman, Green Lantern, and Wonder Dog.

You got lesser-known villain cameos such as Man-Bat, Crazy Quilt, Gentleman Ghost, Clock King, Cat Man, and the Condiment King. Heck, you even got appearances from non-Batman villains in this film such as the Wicked Witch of the West, Voldemort, King Kong, Agent Smith and his clones, Sauron, and the Gremlins.

In terms of the film’s cons, I do think some of the plot could have been fleshed out better. Like the Joker’s whole surrendering plan doesn’t seem to have been the only way he could have gotten to the Phantom Zone. And why didn’t Zod make an appearance as a villain from the Phantom Zone? Nothing major, but these are still cons.

Basically, the best way to describe this film is: a tribute. The film pays tribute to the Batman mythos and to The Lego Movie universe. If you go in expecting that, you won’t be disappointed!