Wow, first Pinocchio’s talking donkeys and now a flying one! What’s with donkeys being portrayed with impossible characteristics in Disney movies? And why are they somewhat forgotten? Oh, well!

We arrive at Disney’s 7th feature and 2nd package film, “The Three Caballeros.” The film can be seen as somewhat of a sequel to “Saludos Amigos,” although I personally don’t count it as such. Released in 1944 as part of the “Good Neighbor Policy,” the film has somewhat of a main story in which it’s Donald Duck’s birthday and he’s opening gifts. Each gift leads into one of the 7 segments of this package film. The segments include a story of a penguin seeking warmer weather, the story of the Mexican celebration, “Las Posadas,” and many scenes in which Donald Duck and friends venture into various Latin American countries and Donald lusts for human girls. Yeah, who’d ever believe the idea of a human and a duck hooking up? 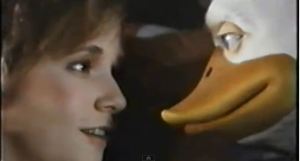 (Shudders) No wonder that movie is considered one of the worst films ever made! What was George Lucas thinking?

But getting back to the topic at hand, the character that I have chosen today comes from a segment called, “The Flying Gauchito.” The segment is about a young Uruguayan boy (and narrated by the boy’s adult self) who goes off hunting for birds and instead finds a flying donkey which he uses to win a horse race. The narrator is perfect for the segment and provides an amusing narration. The segment itself is short; but full of heart, color, culture, and entertainment.

Like I’ve said in my “Saludos Amigos” article, any character from these package films can be chosen as the forgotten/minor character; so I decided to go with this one because this was my favorite segment of the film. The donkey is playful, fun, and an interesting character who apparently is never seen again (or so the movie has us to believe). Maybe the fact that he’s never seen again is the reason that he’s not heard of either. Oh well, whatever the reason, Burrito is my forgotten/minor character pick for this film!

Hmm…I wonder how Burrito gained wings anyway! It was probably due to some genetic malfunction or crossbreeding of animals! Or maybe Burrito was a person who was magically transformed into a flying donkey! Nah, who could transform people into donkeys? 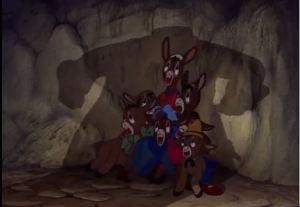