We arrive at Disney’s 48th animated feature, “Bolt”. Released in 2008, the film was a bit of a hit and received much critical praise as well as positive reviews. And according to some people, this film was the start of a new age of Disney animation’s resurgence, a sort of “second Disney Renaissance”, if you will. The animation of this film and the future ones would improve dramatically from what the past films have been as would the quality of the films themselves. And this is a film that I myself quite enjoy! Yet, I have to admit that I consider this movie to be the most FORGETTABLE movie in the Disney Canon!

I still like it, but I really forget much of what happens in this movie after I see it, it’s right up there with “Dinosaur” in terms of “forgettability”! So what’s the story?

The story is about a dog named Bolt who’s adopted by a girl named Penny and they both end up becoming stars of an action TV show in which Bolt plays a “super-dog” with super powers!

The problem is that Bolt doesn’t know that he’s only an actor! He actually believes (with the help of the production crew) that he is indeed a super-dog! And this is best demonstrated when he mistakenly thinks that Penny has been captured and goes out into the real world looking for her.

As you can imagine, he finds out that the real world is a lot different from the film studio that he’s used to, and slowly, but surely, he realizes that his life has been one big lie. On his journey of self-discovery, he comes across a cat named Mittens,

and a hamster named Rhino who’s a HUGE fan of Bolt’s.

And…that’s pretty much the story! And it’s pretty original, right? I mean, when has Disney released an animated film in which one of the main characters thinks that he’s one thing, but in the end realizes that he is a fake? 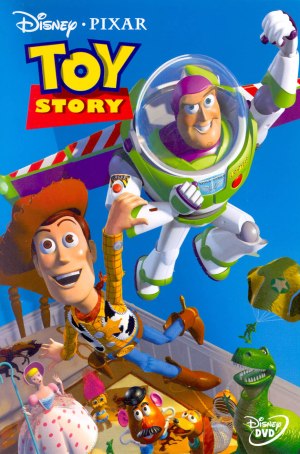 Umm…ok, but how about this? When has Disney released an animated film in which a dog plays a hero on a TV show and goes into the real world attempting to use his super powers and comes into contact with a huge fan of his?

Umm…ok, but how about this? When has an animated Disney film ever featured a character named Penny who took care of a pet?

Sigh…ok, my point is that the movie isn’t THAT original and seems to have been based on multiple clichés and ideas; yet the film is still enjoyable!

Anyway, to the focus of this post: the forgotten/minor character! When Rhino meets Bolt, he decides to join him on his journey. But the thing is that Rhino actually HAS an owner! Before gallivanting around the country with Bolt, Rhino used to live with this elderly woman who owned a few other hamsters as well. Yet, when the opportunity to go on a journey with Bolt presents itself, Rhino doesn’t hesitate in making this decision! He doesn’t even care about how his owner would feel if he goes away! He’s just an ungrateful pet who joins Bolt without any consideration for his owner, whatsoever!

Imagine how the owner must be feeling. She must be extremely worried and anxious that she’s lost her pet. She probably has posters put up around town, a reward out for Rhino’s return, and even a Facebook page dedicated to the cause!

Or maybe she doesn’t give a darn because she has other hamsters to take care of, I don’t know!

In the end, I feel it’s best for us to dedicate some time to remember Rhino’s owner!