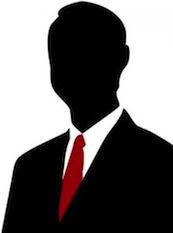 Wow, this is the 3rd Pixar movie in which I’ve had difficulty selecting a forgotten/minor character and ended up having to go with a character that was unseen, or in this case, not even mentioned. Good job at stumping me, Pixar!

Anyway, today’s forgotten/minor character is from Pixar’s 9th film and winner of the Academy Award for Best Animated Feature, WALL-E. (Warning: this post will have spoilers!)

WALL-E is a film set in the future, supposedly the year 2805, wherein Earth has become overly polluted, so much so that humankind had to leave Earth and live on a spaceship/space station called the Axiom. Before they left, they built robots to clean up all the pollution in the hopes that someday mankind would be able to relocate to Earth. These robots were Waste Allocation Load Lifters-E Class, or WALL-E, for short. As the centuries have passed, all the WALL-E robots have become non-functional except for one: the focus of our film, the robot…umm…WALL-E.

WALL-E continues to do his job while showing interest in the leftovers of human civilization. He also yearns to be in love with someone after coming across left-over footage of Hello, Dolly!. One day, his loneliness ends when a spaceship briefly lands on Earth to drop off another more advanced robot. This robot is an Extraterrestrial Vegetation Evaluator, or EVE, for short. Its purpose is to scan Earth for plant life to determine whether or not Earth can sustain life again.

WALL-E falls in love with EVE and desperately tries to get her to like him. At first, she doesn’t fall for him, but soon becomes more friendly with him. After he shows her a plant that he’s found on Earth, EVE goes back into her business mode and sends a signal to the spaceship that dropped her that she’s ready to be picked up again.

When the spaceship returns, WALL-E hatches a ride and is taken to the Axiom. Once the captain of the Axiom realizes that they can go back to Earth, he plans a speedy return to Earth. This plan is foiled though by the autopilot, Auto, who has been programmed to make sure that nobody ever returns to Earth.

Where does the forgotten/minor character come in? Well, back on Earth, there was a corporation that was pretty much a monopoly called the Buy n Large Corporation. Its main job was to produce products and get the citizens to buy them. But, when the Earth got too polluted, it was the corporation that facilitated the move to the Axiom and built the original WALL-E vehicles. The CEO at the time was a man named Shelby Forthright, played by Fred Willard.

Now on the Axiom, centuries after mankind left Earth, we see that the Buy n Large Corporation is still around and still getting the people aboard the Axiom to buy its products/follow new trends, etc. So, it’s apparent that this corporation still has its monopolistic grasp on the people. So my question is who is the current CEO of the Buy n Large Corporation and where is he/she during the whole control battle between the captain and Auto?

It seems obvious that the CEO would have, or at least claim to have, power over the captain and Auto and that he/she would definitely make his/her intentions about returning/not returning to Earth clear. Yet, no mention is made of this CEO nor is he/she even referred to.

A possibility is that Auto is the actual CEO of the corporation and kept up with the monopolistic grasp upon the people, but I really don’t see that. It still feels that the Buy n Large Corporation has a human touch, and I sure as heck don’t think the captain has the marketing skill for the job.

Summing up, I feel there’s no other character that I can give the title of  forgotten/minor character to except for this mysterious CEO. What are your thoughts?

4 thoughts on “Pixar-Forgotten/Minor Characters #9: The Current CEO of the Buy n Large Corporation”