1) This is my personal list of which ones I liked best; it’s not necessarily which ones I think are the best made films. Also this is my list as of now; if you ask me again in the future, this list may change due to personal fluctuations.

2) For personal religious reasons, I haven’t seen The Prince of Egypt nor do I choose to. So don’t be surprised when you see it missing from this list! I’m sure it’s a wonderful film, but I choose not to watch it.

3) I also haven’t seen Joseph: King of Dreams both for personal religious reasons as stated above as well as because it’s a direct-to-video film and I don’t want to compare it alongside the theatrical films.

Now that that’s taken care of, here are my top 13! Hope you enjoy! 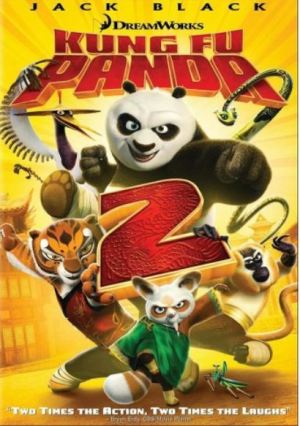 This one is a bit surprising to me as I had originally included this on my My Top 13 Animated Movies That I Don’t Like, But Everyone Else Does list. Yet somehow after rewatching the film, I’ve grown to like it. I’m not in love with it as it barely made my top 13, but I do enjoy seeing Po and the gang from the first film fight a new villain, this time a peacock voiced by Gary Oldman! Some of the complaints I made against the film earlier were that it lacked kung fu and that there was a lot of similarity between it and the story of the Prophet Moses. However upon rewatch, I did realize that the film does have a good amount of kung fu in it! And the fact that Po’s origin story seems similar to that of Prophet Moses doesn’t bother me anymore. This is one of the reasons why I’m glad I rewatched the DreamWorks Animation films!

I’ve never been a fan of the Madgascar films (with the exception of the 3rd one), but I do enjoy the spinoff, Penguins of Madagascar! The penguins are by far my favorite characters of the Madagascar franchise and I enjoyed seeing them get their own film. I know some people claim that “making the sidekicks the main characters of a film just leads to a bad film”, but I feel it doesn’t apply in this case. The penguins still gave the humor and spy quality in this film that they gave in the previous three, so I was happy! Not to mention that Benedict Cumberbatch voices a wolf in this film AND he does so in his natural British accent! That’s a good enough reason to go see the film right there! 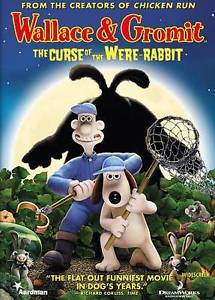 DreamWorks Animation co-produced three Aardman Animation films and all three of them have ended up on this list! That’s saying something for the quality of Aardman Animations films! I loved the British humor of this film (as I adore British humor) and loved being introduced to the characters of Wallace and Gromit via this film. The voice acting is great and I enjoyed the Dr. Jekyll/Mr. Hyde-esque aspect of the film! And if you love rabbits, this is definitely the film for you!

Calm down, calm down! Yes, I know this film tends to be hated on by everybody, but I can’t lie and say that I didn’t enjoy watching it! I LIKE Jerry Seinfeld as a bee! I LIKE the animation of the beehive! I LIKE the humor in this film! Is the plot so unfocused that it seems like it’s three movies rolled into one? Absolutely! But guess what? I still LIKE the movie! I LIKE it so much that it didn’t just make my top 13; it made my top 10!

I don’t think there is anyone in the world who DOESN’T like the How to Train Your Dragon series. They are definitely one of DreamWorks Animation’s proudest accomplishments, if not their proudest accomplishment! The 2014 sequel kept me just as interested in the story and characters as the first film did! The animation was gorgeous, the voice acting was great, and I enjoyed meeting new characters and losing old ones! I can’t say that I felt the story was a bit of a letdown compared to the first film, but it’s still good enough to make this list! I can’t wait to see the third film!

Another co-production with Aardman Animations, this film just pleases the inner Anglophile in me! I love the world of the rat world in the sewers, I love the voice acting, especially that of Ian McKellen, and I love the humor in this film! Sadly this film seems to get some level of dislike in the animation community though nowhere near the levels of Bee Movie or Shark Tale! If you like Aardman Animations films, you will definitely enjoy this one!

This was a film that I couldn’t remember all that well prior to rewatching it. I knew the basic gist of the film, but forgot a lot of the details. And honestly, I’m glad I rewatched it as this film was…something else. If you think deeply on this film, it sure asks a lot of questions! Must we be bound to duty? Should we let ourselves be bound to duty? Can we neglect duty to fulfill our dreams? Should we neglect duty to fulfill our dreams? Can a villain change? Should we let a villain change? Can a hero take a break? Should we let a hero take a break? Am I just asking these deep pretentious questions to make people think I know stuff about film analysis? Should my readers allow me to ask pretentious questions to make them think I know stuff about film analysis? The list goes on! 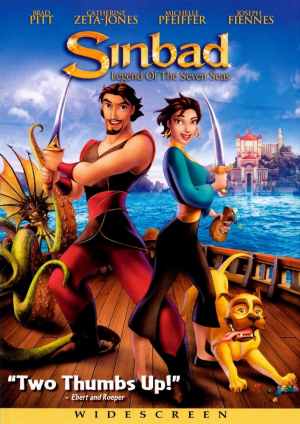 Calm down again! Yes, this is another film that isn’t held too highly amongst the film community, but gosh, I love that 2D animation! It’s so beautiful and makes me wish for DreamWorks Animation to do another hand-drawn animated film sometime in their life! Sadly due to the poor box office performance of this, I doubt that’ll happen anytime soon. The CG animation spread throughout the film does seem off and some of the characters’ morals and motives are questionable. But overall, I enjoyed this film! And if you’re on the fence, at least watch the film to hear Michelle Pfeiffer voice Eris! You won’t be disappointed! 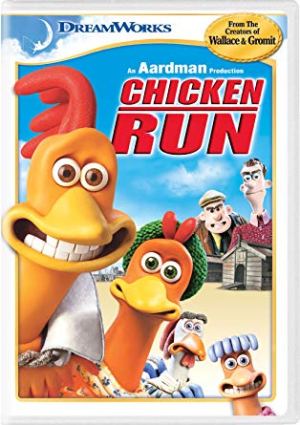 The first co-production between Aardman Animations and DreamWorks Animation is actually the one I love most! While the plot may be reminiscent of prison escape films, I haven’t seen many of them so the film does seem original enough for me! Again, I loved the Britishness of this film, the voice acting, the stop-motion animation, etc. If you haven’t seen this film yet, you definitely need to! 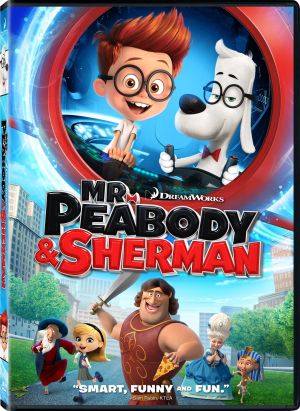 This is one of the most underrated DreamWorks Animation films, in my opinion! I’ve never grown up with the original shorts, but based on this film, I definitely would like to check them out! I love the historical and time traveling aspects of this film, the appealing art style, and the enjoyable humor! The voice acting is also great especially that of Max Charles which seemed so natural! I feel had this film not come out the same year as How to Train Your Dragon 2, it would have fared better!

This was probably the first DreamWorks Animation film that I saw and considered to be a masterpiece right off the bat! It wasn’t your typical comedy with Shrek-like humor. Rather it was a well-written drama with comedic elements and filled with themes such as duty, trust in teachers, trust in students, trust in self, and learning the same lesson in different ways. This was the film that introduced us to Po and the gang and it’s also my dad’s favorite DreamWorks Animation film! 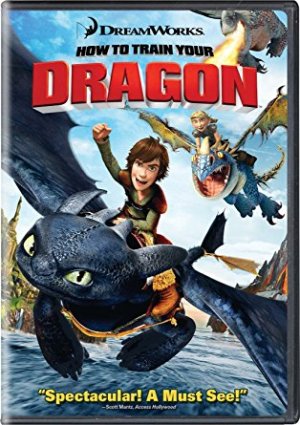 You knew this one had to be on this list somewhere! What’s there to say about How to Train Your Dragon that hasn’t been said before? It’s a masterpiece even better than Kung Fu Panda! It’s a drama with themes about village protection, uniting via differences, etc. The animation is spectacular especially the flight shots! And this film gave us one of the sweetest couples ever, Hiccup and Astrid!

AND MY #1 FAVORITE DREAMWORKS ANIMATION FILM IS: 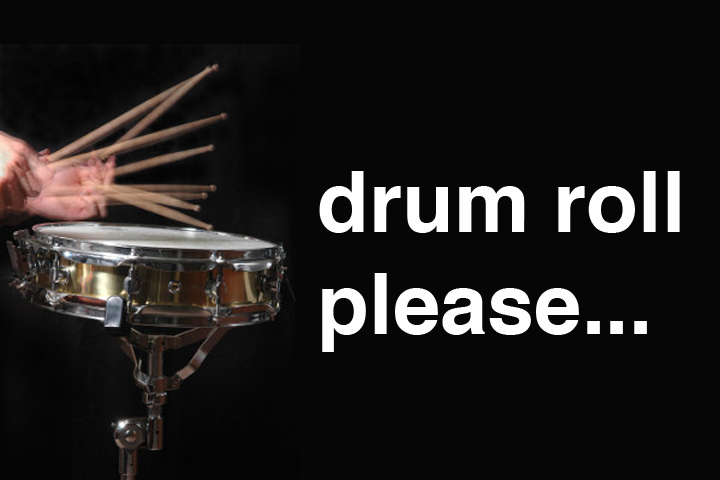 Lemme first say that I don’t think this is a perfect film. I find the plot drags at times and there’s a lot of moments of just talking without anything happening, but despite all that, this is still my favorite DreamWorks Animation film! It’s wonderful seeing William Joyce’s Avengers-like group of childhood fictional characters come to life including a Russian Santa Claus and an Australian Easter Bunny! The imaginative aspect of the film lends to some gorgeous animation, some of the best that DreamWorks Animation has ever given us! This is a film that I would fully support a sequel to, but due to the below average box office performance, I doubt that’ll happen anytime soon!

And those are my top 13 favorite DreamWorks Animation films! What do you think of my list? I have a strong feeling that How to Train Your Dragon: The Hidden World will make its way in there somewhere!

What are your favorite DreamWorks Animation films? Are you excited for How to Train Your Dragon: The Hidden World? Let me know in the comments below!