With the financial success of the “Cars” series, it was only a matter of time before Disney tried to cash in on other venues of the same universe. That’s where “Planes” comes in.

Originally a direct-to-DVD release, “Planes” tells the story of Dusty, a cropduster plane, who dreams about air racing.

Nevertheless, by the mentoring of an elderly ex-navy plane, Skipper, voiced by Stacy Keach,

he follows his dreams and enters an international air race wherein he meets and befriends other planes from different countries all while doing his best to win the race. And…that’s pretty much the entire story!

And as you can probably figure out, this is not a good movie. There are many things that don’t work including too simplistic a story, not enough character development for a plethora of the characters in the movie, and even the conflicts in this film are easily solved. For example, I mentioned that one of Dusty’s problems was that he’s not built for speed, but guess what…it’s not really a problem. He very quickly after mentioning this fact somehow learns to be fast in like a 2-minute training montage and boom, that’s it…problem solved!

There’s also another conflict in which one or more characters “betray” Dusty and…boom, quickly after, that problem’s taken care of. There are also conflicts involving the mortal endangerment of others and even the deaths of other planes! The problem is that these scenes are brushed away quickly and quite annoyingly downplayed.

The only conflict that lasts throughout the movie and takes enough time to overcome is Dusty’s fear of heights. Dusty overcomes this in the end, but only after a series of tries and failures. So that’s a good thing.

So while we’re on the subject, is the film a total disaster or are there other good things? Actually, there are a few good things in this film. First of all, the voice acting (for the most part) isn’t bad. Stacy Keach does an excellent job as does Roger Craig Smith, John Cleese, Carlos Alazraqui, and surprisingly, Sinbad.

Secondly, the animation is spectacular especially that of the aerial maneuvers. If you’re someone into airplanes, you’ll be very impressed and amazed at the meticulousness (if that’s a word) put into animating the airplanes, their parts, the maneuvers, etc. 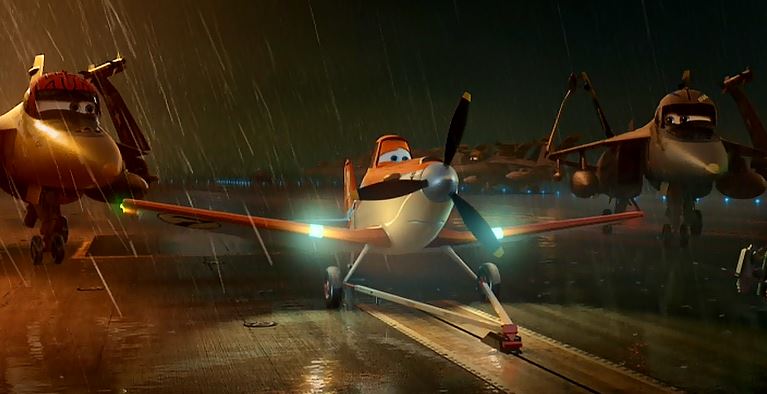 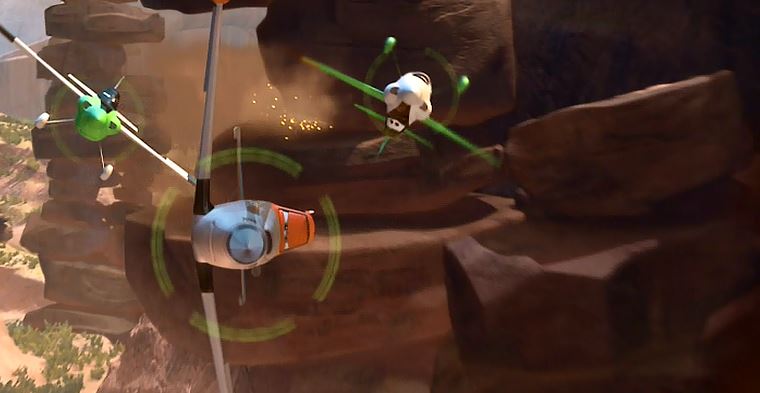 Summing up, I don’t think this is a good movie, but it’s quite enjoyable. I’d much rather watch this again over something like “Turbo”.

If you haven’t seen it, I say give it a shot…at least when there are kids watching with you; that’ll help keep you motivated to sit through the film. And who knows? You might be surprised by what you see.