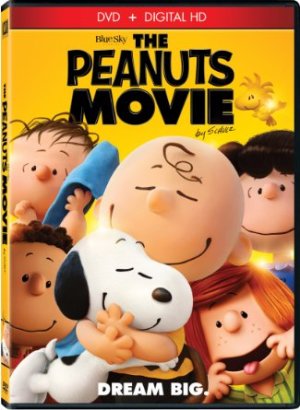 When we first got the news that Blue Sky Studios was going to tackle a theatrical film adaptation of Charles Schulz’s Peanuts, we were quite frightened and protective indeed! When we heard it was going to be a CG film, that didn’t help matters much either! Finally, after months of waiting, the movie was released and generally, people liked it! It was critically acclaimed and got overall positive reviews! But, what do I think of it? Read on to find out.

As we said before, The Peanuts Movie is based on Charles Schulz’s famous comic strip series, Peanuts, which focuses on the daily lives of a bunch of kids. The main kid, in particular, is Charlie Brown, who’s pretty much a loser. When I say “loser”, I don’t mean that he’s pathetic, rather he just doesn’t manage to succeed in anything! He can’t ever get a kite to fly, he can never win a baseball game with his friends, he has constant thoughts of mediocrity, etc.

Charlie Brown tries various things to get her to notice him such as participating in a talent show, trying to win a dance trophy, doing a book report for her, etc. While this goes on, we also see glimpses of a story that Charlie Brown’s dog, Snoopy, is writing wherein Snoopy plays a pilot whose nemesis is the infamous Red Baron.

And that’s pretty much The Peanuts Movie. What do I think of it? Well, I agree with the consensus saying that I like this movie as well! It is very well-made and most of all, it did its best to respect the original source material. There was no rude humor in the film or any sort of modernization to make the film seem more “hip” or “relevant to 21st Century kids”. It kept the timelessness and simplicity that the original comic strip gave us. This is by far, the best film we’ve gotten from Blue Sky Studios!

The CG is also incredibly well-done making the overall look of the film seem just like the traditional hand-drawn style of the original comic strip! You sometimes even forget that the film is CG; it was that innovative and good!

The main complaint that the movie received was that it wasn’t particularly plot-heavy. And as you probably saw from when I described the plot of the film, it really isn’t plot-heavy. It’s an incredibly simple, straightforward story. But, that’s really what the essence of Peanuts is! The Peanuts comic strip never tackled any sort of incredibly complex plot point such as the characters going on an adventure looking for buried treasure halfway across the globe! Peanuts was always just about kids in a small-town dealing with small-town issues such as a favorite teacher getting fired, a kid waiting for his barber father to cut his hair, a pumpkin deity to rise out of a pumpkin patch, etc.