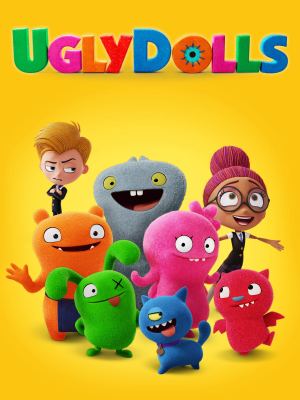 I know I’m gonna get a lot of backlash for saying this, but I…liked UglyDolls!

Alright, hear me out!

END_OF_DOCUMENT_TOKEN_TO_BE_REPLACED

Well, it’s been a while since I did a “My Thoughts” and just look at the movie that I chose to resume with!

So, I finally saw the film and what did I think? Well, let’s talk about the film first. END_OF_DOCUMENT_TOKEN_TO_BE_REPLACED

Blue Sky Studios’ “Epic” opens up to a less than epic domestic box office opening at #4! Grossing $32 million, the film made about as much as was predicted by most “experts”. In terms of worldwide gross, the film has made about $77 million, so it may have potential to be a hit after all! Have you seen it? If so, did you like it? If not, do you plan on seeing it?