No, it means that I’m going on vacation!

Yep, I’m gonna be gone for about a week, so I thought that I should leave you all with something before I go. And what better thing to leave you with than a preview of what next year has to offer in animated films!

It’s not long in the year before the first animated film is released. Not from a major animation studio, the film features a squirrel and a rat who plan to rob a nut-store. Can I hear you say “Over the Hedge” wannabe? W/the voices of Will Arnett, Katherine Heigl, Liam Neeson, Brendan Fraser, Maya Rudolph, Jeff Dunham, etc.

Lego fanboys, unite [no I’m not a Lego fanboy]! An animated film about the Danish block building phenomenon is finally in the works! The film is a combination of computer animation and stop-motion animation and tells the story of a Lego man who’s mistaken to be the only person who can save the Lego universe from the evil Lord Business [Seriously, that’s his name]! W/the voices of Chris Pratt, Elizabeth Banks, Liam Neeson, Will Ferrell, Morgan Freeman, Channing Tatum (why?!), etc.

Originally planned for 2013, this is Dreamworks Animation’s FIRST film of the year (yeah, there’s more). Based on a popular segment of “The Rocky and Bullwinkle Show”, the film is about a genius dog who develops a time machine and travels to different eras with his human boy. W/the voices of Ty Burrell, Max Charles, Ariel Winter, Stephen Colbert, Leslie Mann, Mel Brooks, etc.

This long-awaited (and I mean, LONG; this movie’s been in production for YEARS) animated film is about Dorothy’s return to the land of Oz after discovering Kansas devastated. Once back in Oz, she discovers that her friends and the land is in danger from a character called the Jester. She then does her best to save the land while meeting new friends along the way. W/the voices of Lea Michele, Martin Short, Dan Aykroyd, Kelsey Grammer, Jim Belushi, Patrick Stewart, etc.

Disney was so sure that “Planes” was going to be a hit that they planned the release date for the sequel BEFORE “Planes” was even released! That’s either confidence or cockiness. The plot follows our hero plane, Dusty, and introduces us to a group of firefighting planes…that’s kinda cool, to be honest. Lol@”pick-up trucks”! W/the voices of Dane Cook, Julie Bowen, etc.

This is Laika’s stop-motion animated film of the year about an orphaned boy who was raised by a bunch of trash-collector creatures known as the Boxtrolls. W/the voices of Isaac Hempstead-Wright, Ben Kingsley, Elle Fanning, Toni Collette, Simon Pegg, Nick Frost, etc. 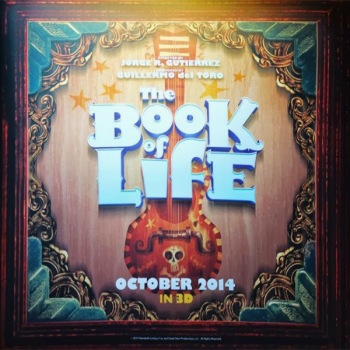 Reel FX’s animated film of the year, this film is about a young boy named Manolo and the adventure he takes through three fantastical worlds during the Día de los Muertos holiday. It has also been described as a “Romeo and Juliet” story. W/the voices of Channing Tatum (again, WHY?!), Zoe Saldana, Ice Cube, Christina Applegate, Gabriel Iglesias, Danny Trejo, etc.

(The above clip was just a first look of the film that Disney released. There is no trailer for it yet).

Disney’s animated film of the year, based on a lesser known “Marvel” group of crime fighters, a young boy and his robot uncover a criminal plot and have to join a team of inexperienced crime fighters to battle it. No voice cast announced yet. 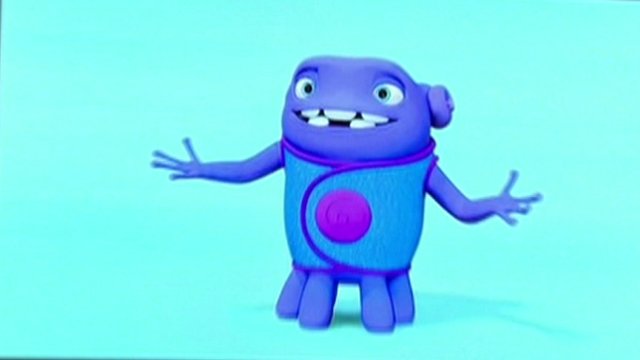 (There are some posters for the film online, but the company doesn’t want them online. So to prevent any trouble, the above picture is just to show what the film’s animation, the main alien’s, to be specific, looks like).

Dreamworks Animation’s THIRD film of the year! Wow, three films in one year! The quality can’t be good, right? Well, let’s take a look at the plot. An alien takes refuge on the planet Earth to escape an enemy and befriends a girl. Ok, you’re right, the quality isn’t good! W/the voices of Jim Parsons, Rihanna [WHAT?! WHY?!!!!], Steve Martin, Jennifer Lopez, etc.

Those are the films that have been announced at least. There are some animated films that have a tentative release date for sometime in 2014, but we don’t know anything else about them. An example of this is Guillermo del Toro’s stop-motion animated film, “Pinocchio”. You can see some concept art for the film below.

Which films are you looking forward to? Which are you not looking forward to? I really want to see “Big Hero 6” and would LOVE to know more about it! I also am excited for “Mr. Peabody & Sherman” as well as for “How to Train Your Dragon 2”. I WISH that “Home” wasn’t being made! I’m dreading that film already!